Word from the Court Proceedings 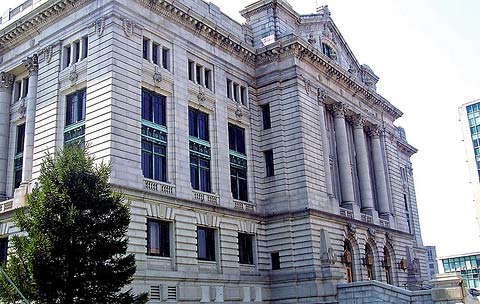 Our lawyer, Renee Steinhagen thought today went pretty well in the courtroom and, based on what was described, we might have turned a corner.

The first part of the day included her proffering her witness list – we have some key people scheduled to testify including former councilman Michael Lenz and Hoboken’s own Smarty Jones – both of who will testify to some of their conversations with people in Hoboken involved in Hoboken’s VBM harvest. Ironically, the kicker of what she talked about appeared to be the statistical facts that Renee presented to the court, i.e.: 98% of campaign workers from the 2012 campaign voted by mail. The stats were courtesy of Dan Tumpson and Mary Ondrejka. Based on the proffer and the other stuff that Renee said in the morning – the judge agreed to pull back on 7 accepted ballots. (That is, 7 ballots that had been disqualified by the Board of Elections as likely fraudulent were reinstated by the judge after persuasion by the developers’ lawyer that they should be reinstated. Now the judge has said, not so fast, they may be fraudulent after all.) Those voters will have to testify.

Then Gormally, the MSTA (developers’) lawyer, called Dio Braxton to the stand. Dio Braxton is one of the people that was the bearer on a huge number of VBMs from the 4th ward. With all of Gormally’s leading questions, Dio did ok, and then Renee started cross examination.

Renee got some “hits” in before lunch. Dio said that they know who their voters are so those are the ones they have do the vote by mail to which Renee asked what would make anyone think that residents of low income housing would be against rent control. Dio said he didn’t know. Renee asked what the campaign workers did and Dio said they wore tee-shirts. Dio said that he did not get paid, he did everything as a volunteer and then Renee pointed out the payments to him on the elec report and he said that was just “gas money.” At one point Dio said we just put the certification into the envelope, not the ballot and Renee asked him who “we” was. He corrected himself and said “me.” Dio also testified that he has been working with Pupie on campaigns for years.

They broke for lunch and Gormally started badgering Renee saying that she/we were trying to prevent poor people from voting. (talking point alert!!!) We can all expect that MSTA will start talking about how HFHA is trying to disenfranchise poor people. (yeah, MSTA the wealthy developer/real estate investor group!)

In the afternoon the judge questioned Dio….apparently the judge pushed hard on “what campaign work these people did.”

Tomorrow there is nothing scheduled – Wednesday another vote bearer from the Pupie/Occhipinti camp will be testifying in the afternoon and on Wednesday, our witness well start being called on Wednesday morning.

Anyone concerned with VBM harvests in Hoboken is strongly urged to attend the court proceedings at the Brennan Courthouse on Wednesday, Thursday and Friday. This is an important case and could have a huge impact on elections in Hoboken in the future.