Remembering the Victims of the Hoboken Fires 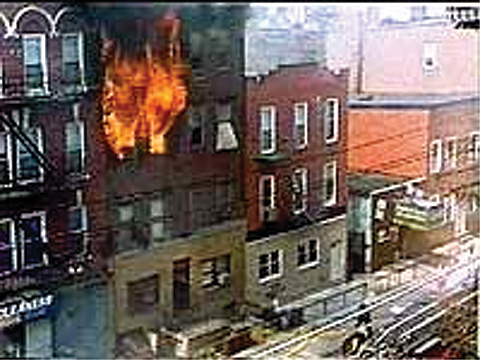 Kudo’s to Hoboken’s own Rose Orozco for spearheading this effort!

“It has long been a hope of mine that such a memorial would exist and once I had retired I began to research the fires, their impact on individuals and on this community that I love.
I was here as were many others but these memories and stories need to be shared. We are not here to point fingers or to create chaos, instead we will give the families that were impacted, the victims who were horribly burned, the voiceless and deceased an opportunity to be heard with the simple act of naming the “unidentified” and to bring all that occurred out into the open.

There is a Memorial for the Hobokenites who died on 911 built on Pier A. It takes nothing from them and we mourn their loss as well. Similarly, we should honor Hoboken’s fire victims and also remember Tom Olivieri who was the Tenant Advocate at the time and a champion for the population, mainly Hispanic, who were often the victims of these horrific fires.

Hoboken needs a small memorial surrounded by flowers and/or trees and bushes where families and individuals could sit and reflect and remember those who died or who still bear the scars both physical and emotional of that time and and place.

There are so many stories, some from families, neighbors and from the First Responders, Police and Fire and our young Hoboken Volunteer Ambulance members. We are all getting older and realistically have an expiration date yet unknown to us. I don’t want to leave this earth, this town, without opening a window into the past.

We were here as were many others and saw people displaced from homes and community. We were scarred seeing babies and their mothers tossed out windows, caught by strangers while their families died. There was so much tragedy, so much pain and so little remorse or consequence for the arsonists. It is a story that needs to be told.

I sincerely thank those who are visiting this site to honor all who suffered and died in the Hoboken fires. We are as Hoboken residents beginning this endeavor with the Hoboken Fire Victims Memorial Project.”

A facebook page was created for the effort Hoboken Fire Victims Memorial Project. We encourage everyone to like the page in order to keep up with the project’s progress.

REMEMBERING THE VICTIMS OF THE HOBOKEN FIRES